Your front yard is about to move into the modern era of mailboxes with MailHaven (You signed up to pre-order our smart mailbox, right?). So, now feels like a really good time to talk about mailboxes past and show how the mailbox in the United States went from mere receptacle to our smart mailbox that tracks and protects your packages.

In 1863 the United States Postal Service started delivering mail straight to people’s front doors. The only problem was that people weren’t always at their front door waiting on their mail to come. This meant a lot of standing around and waiting on the part of the postman, an early version of the “last mile” inefficiencies delivery companies still face today. By 1916, the Post Office was fed up with the extra knocking and waiting, so they began requesting every home have a mailbox or a mail slot.

Mail slots fell out of favor because all of that bending over was bad for the postman’s back, plus outgoing mail was less of a hassle. The most common image of a mailbox is the tunnel-style mailbox on a post in the front yard. These mailboxes became fashionable because wall-mounted mailboxes by the front door meant the postman lost time walking up and down every yard delivering the mail.

The tunnel-style mailbox was invented by a postal employee in 1915, Roy J. Joroleman. This design proved so successful, you probably grew up with this mailbox or have one right now. It’s light-weight, metal, resistant to rain and snow, and simple to construct – Oh and don’t forget about the metal flag you can lift on the side to indicate there’s mail in the mailbox.

And that was about it as far as mailbox innovation goes… Until now.

Tunnel-style mailboxes weren’t designed with today’s delivery realities in mind. Here’s the thing, back in the 1950s no one was trying to steal your postcards from Nana. But as e-commerce has boomed – Close to $2 trillion worldwide in 2016 – you’re getting more valuable items delivered to your door. And let’s be real, even if you’ve only ordered a pack of pens, it can be annoying for your package to turn up missing, whether your delivery didn’t get signed for or it was stolen.

And it’s not just an inconvenience for you. Couriers lose time and money on repeated delivery attempts, vendors have to deal with angry customers or replacing stolen property and we all have to cope with more delivery truck drivers on the road adding to traffic around the city. These are all issues modern mailboxes can help address.

Besides, when you think about it, your toothbrush has probably seen more innovation over the years than your mailbox has. And for many people, old school mailboxes are suiting their needs just fine. But if you:

There’s probably a MailHaven smart mailbox in your future. 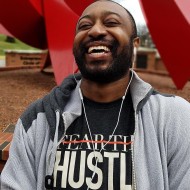